The Many Paths to God Theory

Before I was Christian I believed in The Many Paths to God Theory which states in one way or another that each religion is like a path up a hill but that all the paths lead to the same Supreme Being. We just call them different names. It made sense to me. I know better now. 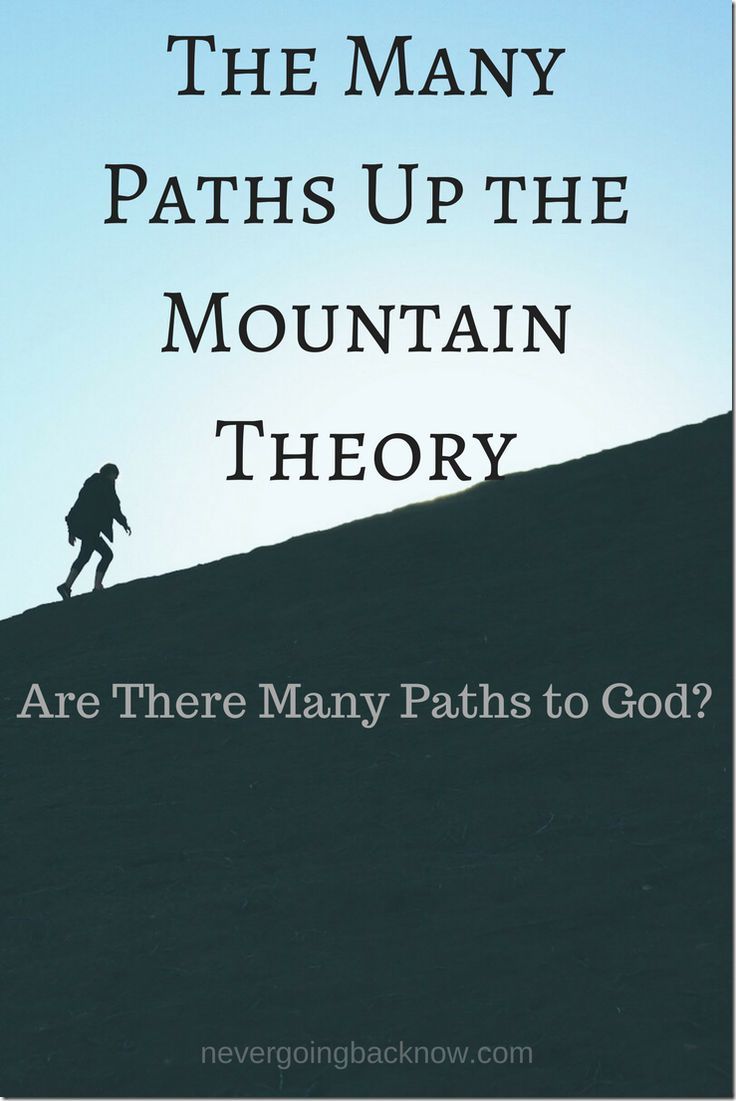 The Many Paths to God Theory

The book I’ve been reading, Reunion by Bruxy Cavey has something to say about this theory that put it into perspective for me.


This kind of thinking is fundamentally religious in the worst possible way. The “many paths up the mountain” theory is based on three faulty assumptions. (1) God is still up on the mountain. (2) it is our lot in life to climb up the mountain to get to God, and (3) the paths and the Person are separate. Nothing could be further from the truth.

Maybe it’s because I’m a newer Christian but those revelations really had me intrigued. I’m still learning who God is and these were ideas I hadn’t thought of.


First, the story of the incarnation, God becoming one of us, is the heartbeat of the gospel. God is not “up there” somewhere, but right here, with us and in us. Jesus said, “I am with you always” (Matthew 28:20)

Oh yeah! I know that of course but I still tend to think of the idea that God is up there somewhere more than I remember the God is with us part since I’m new.


Second, the gospel is the message of grace […]: God has given us everything religion tries but fails to give. We don’t have to climb any path up any mountain to get to God. We don’t have to do anything. God has already done it all.

God brings himself to us, not the other way around. We aren’t journeying this life to GET to God. He is already here and he was here long before we were.


Third, if Jesus really is God come to us, then Jesus is not just one path to get to the person of God. Instead, the Path and the Person are one. This is the context for Christ’s statement in John 14:6 that he is the only way to God because Jesus is God (see John 14:7-9)

Jesus IS the path and he’s the ONLY path. God is clear what we must do to get to Him and it doesn’t involve other religious practices.

I’ve posted a lot about what I’ve learned from Reunion by Bruxy Cavey in the last few weeks and I have more to share. Even with all that, I still won’t have covered ALL the points the book covers.
This book has crammed the MOST faith based information into one book I’ve ever seen and he writes in such a different way from many other Christian books. He writes like a friend talking to you, without using big words or complicated ideas. He brings the teachings down to the level of the everyday person.

Remember: Jesus is the ONLY Path to God.
Posted by Kathleen at 8:48 PM

Email ThisBlogThis!Share to TwitterShare to FacebookShare to Pinterest
Labels: Faith